Say No to GMOs 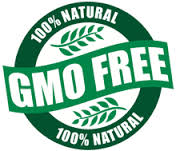 For centuries, mothers have been encouraged to nurse their newborn. It’s the best source of nutrition, coming from the one who gave birth to you. Why can’t we apply this same principle in the food that we ingest? Shouldn’t we be more aware of what is in our food, the source of where it comes from and if it has been genetically modified?
Genetically modified organisms (GMOs) is defined as “a plant or animal that has been genetically engineered with DNA from bacteria, viruses or other plants or animals”. Sounds appetizing doesn’t it? Whether you like it or not, you are eating manipulated food without your consent.
In June 2013, leaders of 3 research teams was awarded the “World Food Prize”.  They were each awarded a quarter of a million dollars for improving the quality, quantity and availability of food in the world. One of these recipients is the Monsanto corporation, the leading producers of genetically engineered seeds. 8 months later, a report published by the USDA(United States Department of Agriculture) admitted that GMO crops may cause major environmental risks. Thank you Monsanto for poisoning the world and making a profit out of it.

-Henry Kissinger
Now is the time to take charge of our own food supply. It is time we decide where our food comes from, straight from the source that we trust.

Growing towards Sustainability Grow Together